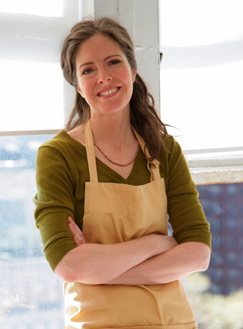 After my wife and daughter attended Total Transformation last fall, their benefit from the program (neither needed to lose weight, but both no longer eat sugar and have had tremendous energy, digestion, and skin improvements, and my daughter was able to get off her seizure medication) they've talked about me attending because of all of my health issues. The August 7th program was the first chance I had. I've spent much of my life suffering with asthma, disabling fibromyalgia, difficulty sleeping without medication, and energy issues. During the program, for the first time in three years, I noticed that I did not, during that entire 5 days have any signs of an oncoming asthma attack. And thus, it was the first week in three years that I didn't need to use my Albuterol inhaler. This was extraordinary because I exerted myself physically (swimming in a gorgeous lake) far more than usual. I also noticed an improved ability to sleep with reduced medication, and increased range of motion in my neck. Cravings become a non-issue after three days. Another big surprise is that coming into the program, though everyone perceives me as looking healthy, my sensitivity to exertion from the fibromyalgia had been such that something as simple as lifting something mildly heavy, could result in days of locked-up, perpetually spasmed muscles. For that reason, though I used to play tennis, my outlook toward sports since '88 when the fibromyalgia started, had soured.

Leading up to the program, I read up on Kat's supplement recommendations in her book and was taking all of the ones that sounded relevant to my situation by the week before the program. During the program, on the third day, I took an over-zealous swim against my own better judgment, during the group's boat outing and picnic on Lake Lure. I felt like a kid swimming in that pristine, idyllic setting, but I was ready to pay dearly for it the next day.  I was amazed, though, that I felt no pain or stiffness the next day. I remember Kat commenting the first day that we could have anytime use of the on-site tennis courts and my laughing and saying "I haven't considered tennis since the fibromyalgia started". But on the "makeover day" at the end of the program, when I knew that I would be wise to take advantage of all the alternative things to do, I actually considered tennis (and thought about the nearby golf), which was amazing in itself. My range of motion in my neck had greatly increased. I had far more energy and better concentration throughout the day. I would guess I had been hypoglycemic going into the program.

During the program I was expecting to feel a little out of place being the only male, but everyone there was completely down to earth, and it was a rare, and needed thing for me to be able to really focus on my health. I am the last person to let myself do something like that, but both my wife and I have felt that it was time I nipped some growing health concerns and medication dependancy in the bud. I figured that for a guy the makeover day would be a wash, but it was on that day that I might actually have had the most fun. Of course I took some great pictures that my wife loves, but during the ladies' makeovers I got in a great soak under powerful jets in the hot tub and then went down the hill to the beautiful pond about 100 yards from the chalet with the on-site gear, and caught two large-mouth bass inside about fifteen minutes. Back at the chalet, after perfecting my own creamed spinach and "low impact granola" and cheesecake-making skills with the ladies, the day literally ended with fillet mignon (grass-fed, perfectly grilled), wild salmon, and a root beer float (made amazingly healthy) while viewing a truly spectacular panorama of the sun setting atop an endless mountain range. One woman who came to help the first day of Kat's program and then came back on the last day said "you look noticeably younger than last week when I first saw you." My wife had the same reaction when I returned home.

In addition to all the health improvements I could feel even while at the program, a degree of fog and irritability have cleared since before the program. In the couple of weeks since the program started, I have been able to reduce my medication (my doctor is working with and congratulating me) by half. I know that this new way of living and eating are why I am actually feeling better, even as I am gradually reducing some pretty serious medication. My wife is thrilled with my new cooking skills, and especially my improved outlook. My tastes have change dramatically. I no longer crave beer.

I would suggest that any guy in need of health restoration who has hesitated to attend, or to join his wife at the program, seriously reconsider. I used my vacation time, and no vacation has ever literally altered the future of my health. I now know that with a solid plan like this, and a little patience, that I will reach my goal of standing in great health, on my own. It is not a stretch for me to see myself living ten years longer as a result. It will also be a financial bonus to eventually cut out my prescription co-pays altogether. I am grateful to be on this path.